While there have been tremendous advances in health care in recent years, sometimes effective treatments and solutions are found in the strangest of places, or even by chance!

Scientists are unlocking some surprising new treatment options for a diverse range of conditions such as Dry Eye Syndrome, excessive sweating, depression and even for emergency situations like heart attacks. 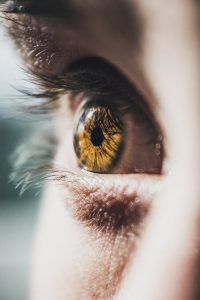 While it’s commonly known that looking directly at the sun can damage sight, some other forms of light are actually good for the eyes!

However in 2002 an American ophthalmologist started investigating other possibilities, after hearing from many patients receiving IPL treatment on their skin, also reporting an improvement in their dry eye symptoms.

Research uncovered that application of the 500 to 800nm wavelength intense light to eye area improved the function of the Meibomian glands, stimulating the production of natural secretions to lubricate and soothe the eyeball.

While IPL is particularly helpful for sufferers of chronic dry eye symptoms, unfortunately the equipment is expensive so it is not commonplace in optometry  practices – so if you suffer from chronic dry eye, make sure you look for an optometry clinic which is equipped with IPL.

As well as accidental discoveries, we are also just beginning to realise that some of the most toxic substances one earth may actually be key to life-saving treatment!

You could be forgiven for thinking that a funnel web spider is more likely to cause a heart attack, if you spot one in your house or yard, than help you recover from one!

Yet scientists from The University of Queensland (UQ) and the Victor Chang Cardiac Research Institute have recently discovered that the venom from one particular species of funnel web has the potential to save the lives of heart attack patients. 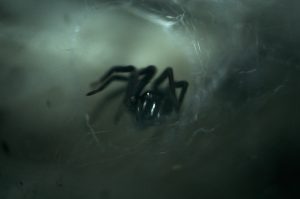 Reduced blood flow following an attack decreases the amount of oxygen in the heart muscle.

The resulting rise in acidity leads to the death of heart cells, but a specific protein found in the funnel web spider venom prevents this from happening.

Not only could this protein help minimise damage following a heart attack, allowing victims to recover, but it also offers new hope for transplant patients as it extends the life of donor hearts.

Researchers are aiming to begin human clinical trials within the next two to three years. 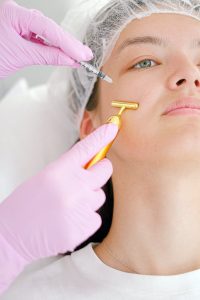 Another substance which is being recognised as having potential medical benefits is Botox – a toxin that is produced by the microbe that causes botulism (a type of food poisoning).

Botox is perhaps most commonly known as a cosmetic procedure for fine lines and wrinkles; however, Botox injections have also been found to be helpful in the treatment of migraines, muscle spasms and excessive sweating.

More recently however, scientists have realised that Botox may be effective in helping patients with depression.

While much more research is needed to establish the mechanism behind this effect, it is amazing to think that what is essentially made for younger looking skin could be key to unlocking new treatments for some other serious conditions.

As these examples show, we can thank some surprising sources for the long, happy and healthy lives we lead today.

Have you discovered any odd remedies that work to treat other ailments? Share in the comment section we love to hear!

Based in Brisbane, Janet Camilleri submitted her first article to a magazine at the tender age of twelve (no, it wasn’t published). Since then however her work has appeared in dozens of print and digital publications. If you enjoyed this article, check out her blog Janetti Spaghetti!

Is Christmas Colic Causing An Unsettled Baby? Here Are The Remedies

The Universe Gives You What You Need

Are Hair Growth Pills Safe Or Is It Just A Gimmick?

8 Ways to Lift Your Spirit & Increase Your Vibration